Still getting hit on by Ron Clark. 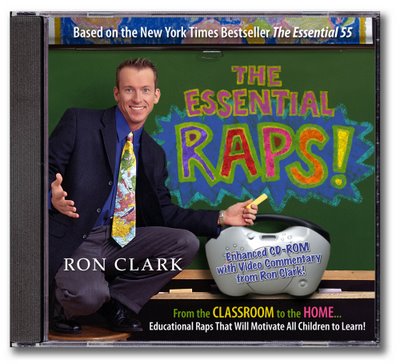 I mean, TNT shows the movie and then I get hits. The movie's coming on again tonight at 11:30/ 10:30 Central. I picture a teacher who's going back to school tomorrow without an idea for a first day activity frantically searching for the rap for hours...and hours. Falling asleep at their computer, waking up late without finding the rap... Although, I've got to admit that with the enormity of the world and the amount of useless time people have (for example, to rant about Ron Clark) someone, somewhere has figured out the words to the rap and posted it.

Updated Note: I finally found it-- and for only $20 plus shipping and handling, you can have it too.


Recent keword searches below, if you're interested in that sort of thing:

Boy, I can't wait. Do you know where I can get that other thing he sells? You know, the one that chops onions and cuts potatoes into perfect curlyques?